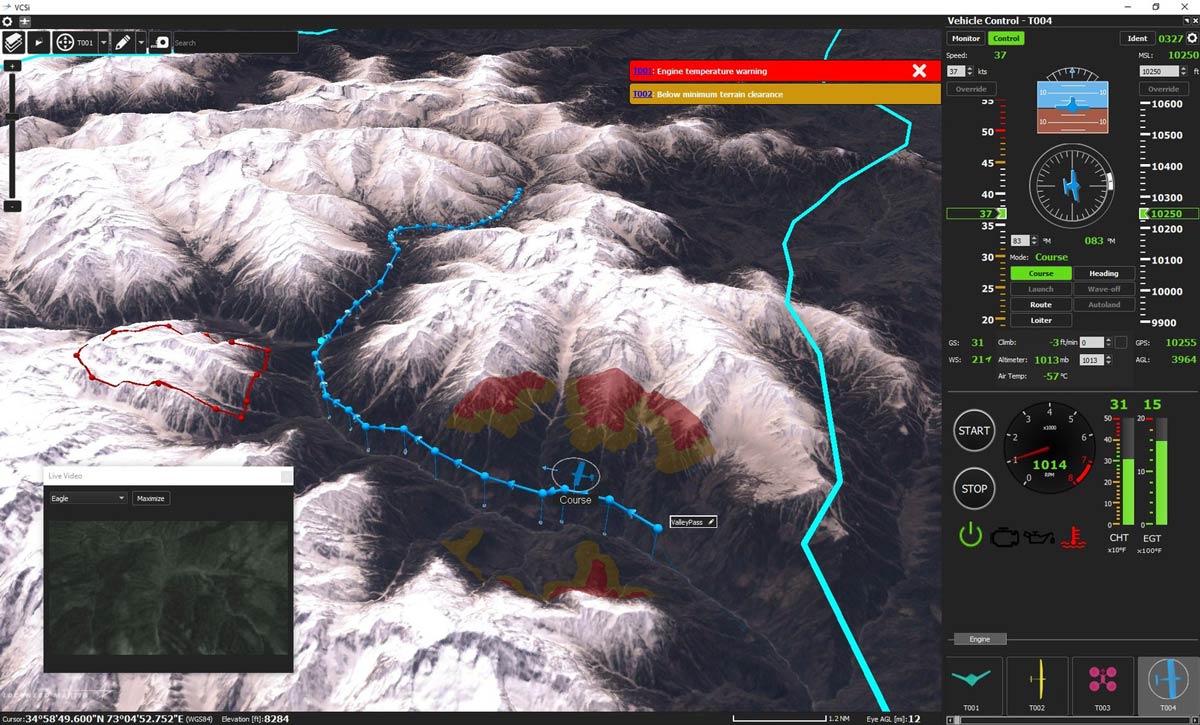 As one of the biggest players in aerospace, defence and security, it’s unsurprising that Lockheed Martin’s game in the UAV industry would be anything less than impressive. So when they announced this week that they will be launching a drone control software program at the Unmanned Systems Exhibition and Conference in Abu Dhabi later this month, not many eyebrows were raised.

Lockheed Martin have already been using UAV control software to fly an average of 6 drones an hour for the last 25 years, on missions ranging from inspection, mapping, and targeting to good old-fashioned reconnaisance, they stated in a press release a few days ago. This new software in question, known as VCSi, is the cumulative result of all those flying hours – 1.5 million of them. It is the next generation in their VCS (Vehicle Control Station) products which are already in operation around the world, controlling unmanned aerial and unmanned ground systems.

VCSi builds on previous VCS software with the addition of multi-vehicle control, with interfaces which allow the pilot to guide not just many drones of the same kind, but also many drones of different sizes and functions. The software architecture will allow custom or pre-designed content to be added by users, and the “fly-by-mouse” user interface they claim makes it easy to learn, operate and analyse tasks.

John Molberg, business development manager, Lockheed Martin CDL Systems, stated, “VCSi is a safe and reliable software platform that can be adapted to any vehicle – from one you can hold in your hand, to a 50,000-pound machine; from a vehicle that flies for a few minutes, to a vehicle that flies for months at a time. The user can integrate as many vehicles as required to complete their missions, including boats, quadcopters, fixed-wing aircraft or even high-altitude pseudo satellites. Across commercial or military missions, VCSi is adaptable to the challenge and further extends the power of the human-machine team.”

So who will use it? VCSi has been designed to comply with the NATO Standardization Agreement known as STANAG 4586 – an agreement that was introduced in 1998 to “promote interoperability between tactical UAS systems amongst the allied forces”. Providing advanced 3D map visualisation, augmented reality and the ability to integrate airspace data including weather, obstacles and more from a variety of sources, it allows drone pilots to control multiple UAV and UGS systems with considerable efficiency. It is available internationally, produced in Canada as commercial software and free of export restrictions. And at a surprisingly affordable price tag of only USD $15,000 per 10 licences – it could prove to a popular addition to military forces.

Want to know more? Get yourself along quick smart to the Unmanned Systems Exhibition and Conference in Abu Dhabi – it starts in two days.