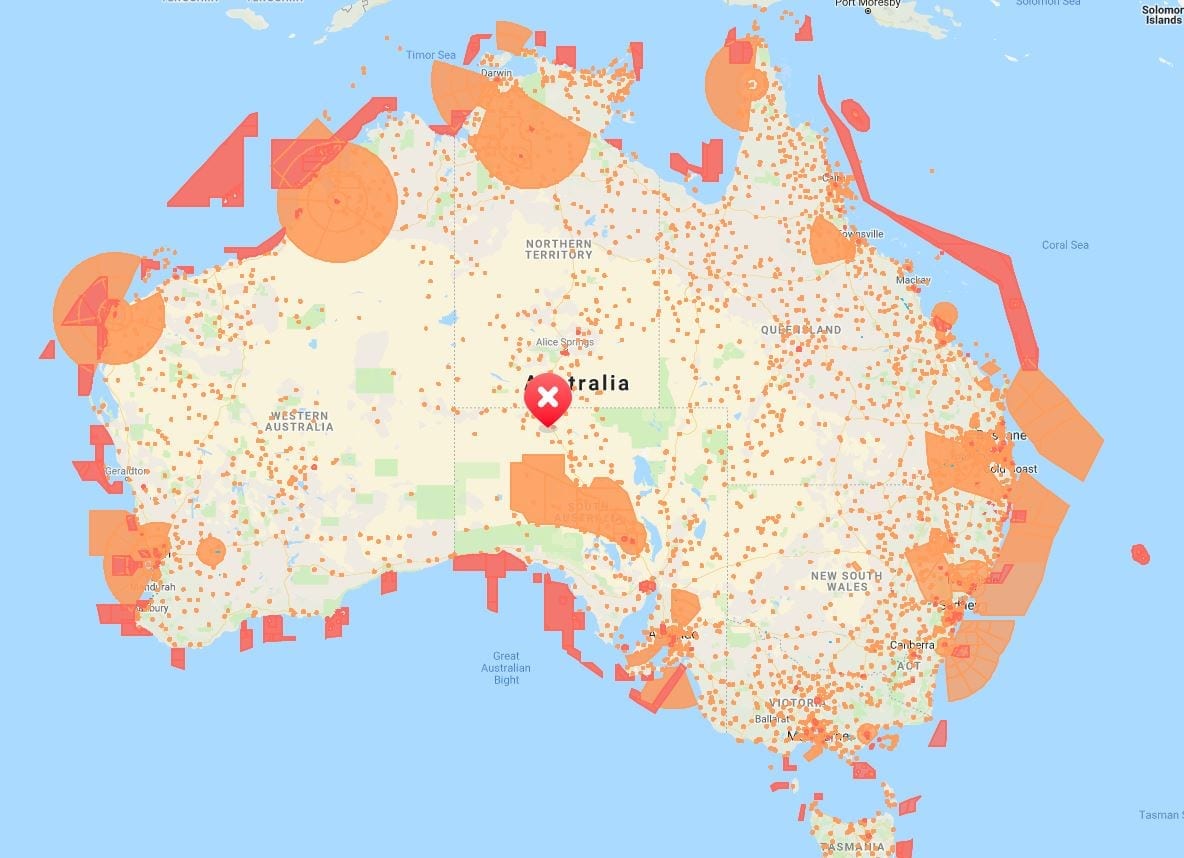 Alphabet subsidiary Project Wing was the first drone delivery company to receive FAA certification earlier this year after it successfully launched drone delivery services in Australia and Helsinki. Given that drones have so many potential applications, building an air traffic control system for drones that is similar to the one that currently guides airplanes through the sky has become an increasing focus of many tech companies. Now, Wing has formally introduced its OpenSky app, which could serve as an air-traffic control system for drones.

OpenSky can be used for free in Australia where it has received approval to manage drone flights and works with both iOS and Android devices. The company said in a blog post that the app will help drone operators comply with aviation rules and plan flights safely and effectively. The Australian version of the app includes a checklist with a range of critical factors, including airspace restrictions, hazardous situations and proximity to airports and heliports. It will also alert users to emergency response situations and more- nearby sporting events for example. Eventually, OpenSky will introduce voice-capabilities to make the platform more accessible.

The app is available in both the Google Play and Apple App stores, as well as on the web. The company statement on its website:

“Whether you’re a hobbyist who loves to fly, or a business that uses unmanned aircraft to survey land or deliver goods, OpenSky makes it easy to find out where and how to fly, tailored to your operation.”

For companies like Wing, a robust air management system is crucial if it wants to realize its goal of thousands of small drones zipping along at low altitudes without crashing into buildings, trees, or each other. Wing is also working with the US Federal Aviation Administration to pilot a drone delivery system. Australia and its neighbor New Zealand have been at the forefront of small, electric, unpiloted aviation. The Australian regulator, CASA, claims that Wing’s drone delivery launch in April was “very likely” a world first.

Wing isn’t the only company working on an air traffic control platform for drones. NASA has spent four years working on its system, and starting next year; all DJI drones will detect and warn of nearby airplanes and helicopters. Even car giant Ford has proposed a drone tracking system. Kitty Hawk, the flying car company backed by Google founder Larry Page, received certification to launch a commercial service in New Zealand last year.

It’s unclear when OpenSky might make its way to the US, but Wing is preparing to launch a commercial drone delivery trial in Southwest Virginia sometime this year as per news reports.